Jim’s career in I.T. started many decades ago, when soon after completing a Diploma in Accountancy at R.M.I.T.

In his early years on the Gold Coast – the rise of IBM & compatible PC’s enabled the business software systems that were bread & butter to Jim, to become available on hardware economical enough to be acquired by even small business users.

Jim’s software systems were selected by a new McDonald’s franchise that opened in the Brisbane suburbs in 1985.

The payroll and accounting systems were adaptable enough to use in that franchise – and Jim’s work with the staff soon identified to need for & opportunity to add specialized modules such as inventory control, ordering, staff rostering, sales analysis etc. for that franchisee.

The systems were so successful that they became used by more & more McDonald’s clients over ensuing years – and the business - Abcom grew into a supplier of such systems and associated services to the Australian franchise industry.

Jeremy joined Abcom in April of 2002 while studying a Bachelor of Information Technology. Prior to joining Abcom Jeremy worked for a multi-site McDonalds Franchisee for 6 years and also for Subway for a period of 2 years.

After joining the Abcom team Jeremy has progressed through many roles including Store System Support, Field Services, Testing, Design and Development.

Jeremy's current role as Software Development Manager keeps him busy ensuring Abcom is kept up to date with the latest techniques and technologies, while maintaining existing systems to ensure they meet the needs of the clients.

Stuart commenced with Abcom in December 1992, after working for a McDonalds franchisee for over 6 years. In 1990, Stuart commenced his Bachelor of Computer Science at the University of Technology Sydney (UTS), specialising in system analysis and design.

Throughout his 20 years with Abcom, Stuart has worked in Field Services, Client Support of both store and administration systems, Payroll and HR implementations, Design, Development and Testing of products, System Customisation for New Clients and the manager of significant projects with major clients both domestically and internationally.

As one of the longest serving employees of Abcom and combined with his vast experience and knowledge within the QSR franchise industry makes him a key member in improving and developing Abcom’s products and client base, both now and in the future.

Jason commenced employment with Abcom back in February of 1995 while studying an Associate Diploma of business specialising in Accounting.

Jason comes with firsthand experience in the QSR franchise industry having worked for a multi-site McDonalds Franchisee for 6 years.

Over the duration of Jason's tenure with Abcom he has progressed from Store Systems Support Consultant to his current role in Accounting Systems.

Jason has vast bookkeeping and systems knowledge in the QSR franchise industry and is a key team member  ensuring Abcom's success in facilitating and implementing these systems to our growing client base.

Abcom's roots go back to 1983 when our founder, Jim Hawkins discovered a need for specialized I.T. solutions for the "Fast Food" industry. Abcom set up its office on the Gold Coast in Queensland.

The company commenced developing and marketing user friendly back office systems for local McDonald's franchisees and in a few years had quickly grown to become the dominant supplier of such software systems to McDonald's store owners across Australia.

In Australian company stores, McDonald's was using a similar generation franchise software system, sourced from its US operations and it was planned to roll that out to franchise outlets. That never happened, as the Abcom systems that became known as "McProfits" grew in functionality, adding in-store modules such as Crew Scheduling and equally importantly provided a growing range of administration systems such as Payroll, Accounts Payable & General Ledger/financial reporting that were tailor made to and ideal for these "independent" fast food franchise owner/operators.

With the advent of Windows based systems in the 90's, Abcom developed new generation replacement franchise software systems that were even easier to use and they too became widely accepted.

Abcom is fortunate to have a highly experienced and loyal staff. We have an ideal mix of people with advanced computing knowledge and QSR franchise business management training and experience built over many decades of computing and quick service restaurant management experience. Our policy is to employ hospitality and retail industry experienced and trained people in our development, support and training areas, thereby providing sound knowledge of store procedures and methods.

Abcom today operates Australia-wide and internationally. Our Head Office and development centre is based on the Gold Coast, Queensland, Australia and we have important branch offices located in Sydney & Melbourne that facilitate localized sales and support functions throughout Australia.

International sales and support is currently handled from our head office with local contacts appointed where appropriate.

Abcom strategically works with franchise industry partners who will enhance solutions for our franchisee clients:

Abcom has affiliations with and endorses the following partners: 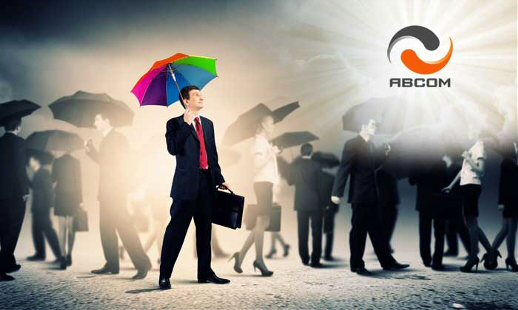 We are always interested to receive applications from experienced bookkeepers to join our bookkeeping services division.

You can be rest assured that you're in good hands.

Here are just a few of the companies we've helped along the way for various reasons.

It is recommended that you use Microsoft Internet Explorer to launch remote support.